Children’s Ministries partners with parents in the spiritual development of their families through a variety of programs and resources.

The Encounter Youth is for high school aged children

Encounter Youth Centre was founded by Joseph Hendricks. Its doors opened on 21 April 2006, under the leadership of Denver Mooken and Jaco Smuts. With only 3 members Denver Mooken, Jaco Smuts and Angelo Hendricks, the youth centre started with Praise and Worship evenings on Fridays. Praise and Worship took place in the very same building that was previously used as a night Club (Village Plaza). Joseph, who was previously the owner of the property had a vision to close down the night club and used the space for youngsters to join in Praise and Worship. 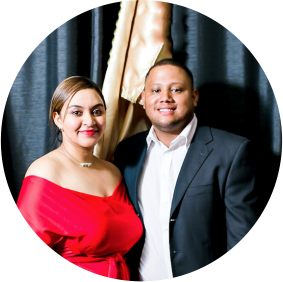 Our encounter ministry exists to “Help as many people as possible become totally committed to Jesus Christ.”

All events have been suspended due to Lockdown.

We will restart all Encounter weekends soon.

Encounter Ministries is a vibrant and dynamic church with the vision to win the lost and make disciples, our goal is to make every believer a leader, using the ladder of success. We go beyond not only loving God but demonstrating His love by loving people.